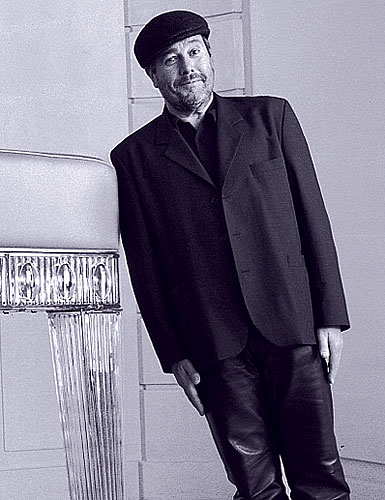 Today, Philippe Starck is one of the world’s best known designers. Eclectic, he is known for his impressive architectural works,
his furniture designs and his everyday consumer products. As early as 1982, Starck met with fame, thanks to his decoration,
in the Elysées, of the private apartments of the then President François Mitterrand, as well as through the decoration of the
Café Coste.He has worked for numerous luxury hotels and for famous high fashion designers. Some of the world’s best known
museums have given shows of his works. Throughout the world one can see evidence of his fertile talents. In 2003, Baccarat
called on Starck for the creation of their new head office, situated in the Marie-Laure de Noailles mansion at the Place des
Etats-Unis. His concept was “a diamond discovered among the ashes”. This concept allowed him to play with the contrasts
between the beauty and the purity of crystal and the raw concrete of the boutique walls. Philippe Starck impertinently revisits
the grand Baccarat traditions, already shaken up by the success of the head office at the Place des Etats-Unis and its now
famous black crystal chandelier. Playing on the paradoxes and the contrasts between the diffracted light of clear crystal and
the shadowy sparkle of onyx, the light of day and the tenebrous darkness, Philippe Starck reties the forgotten knot of
Baccarat’s tradition, in using Black Crystal with his usual artistic talent. With the “Darkside Collection”, Philippe Starck
invites us to explore the darkest side of nature from which of course emerges the light of crystal in all of its brilliance.
between his fiery energy and Baccarat crystal, that he chisels in a “Sottsassian” way to bring its light out.